Show off your GMMK PRO Builds 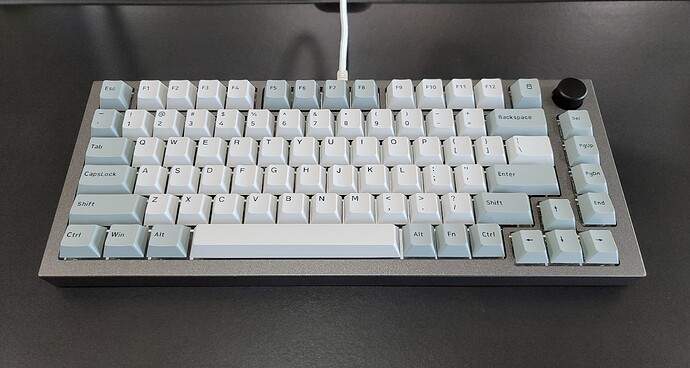 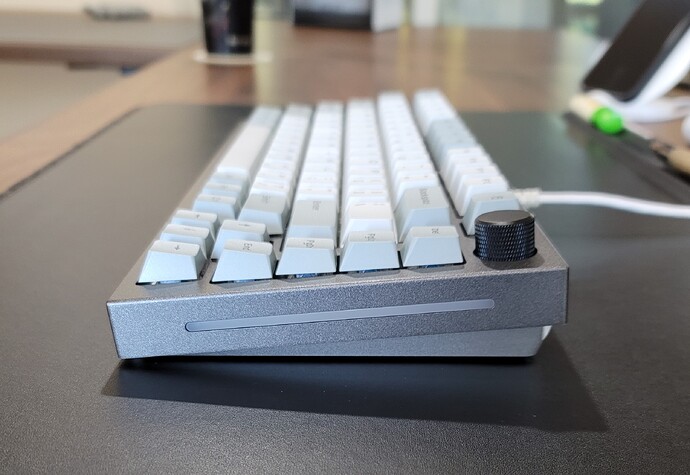 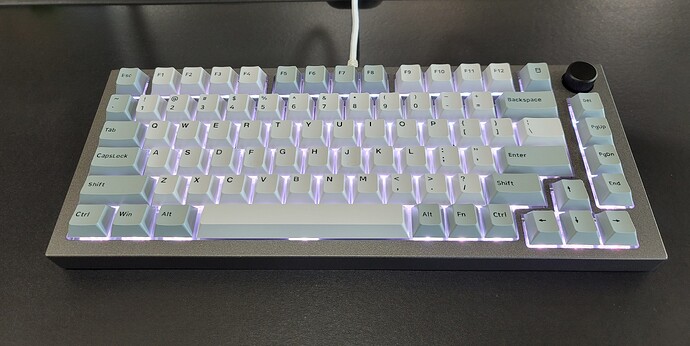 Really clean looking build. I think the white ice knob would fit great with this colorway. Ill post pics when i get my GMK set. I got the GMK stealth coming later this year.

My GMMK Pro has already had a few evolutions in its short lifespan, but this is partly due to me being very particular about keycaps. I initially ordered the Nebula set to compliment my build. While I love the quality of the caps, the “gradient” pattern wound up bugging me, there’s a few keys I feel should be a different shade: 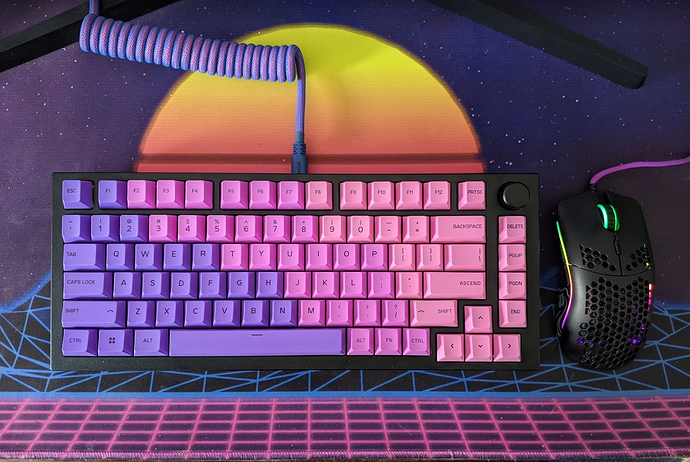 So I moved on to a set of DSA caps I really enjoyed, but they are ABS and pretty decently worn. I loved this look and sound, but the caps being kind of haggard didn’t sit well with me placing them on such a beautiful new board: 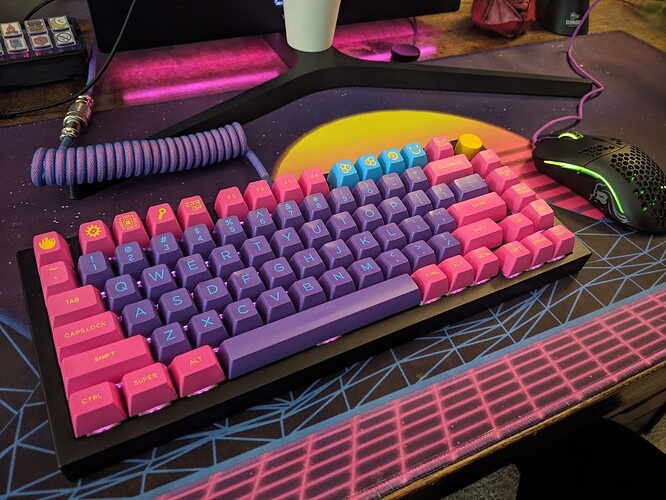 In the end, I was generously gifted my dream / endgame set for my birthday this year and it has reached its final evolution. Probably. Seen here: 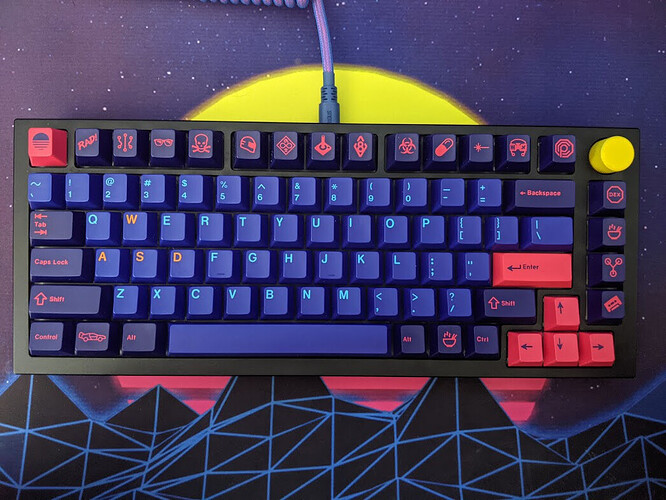 I love how industrial this looks, like something off of a futuristic movie set. The white is really bright (and actually white, unlike a lot of LEDs where white is actually blue) and goes with the caps so well. Stunning!

I think you are correct! The Ice knob does look better. 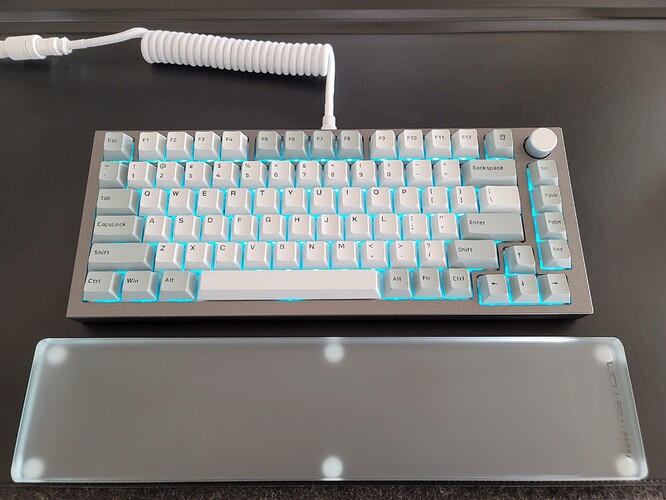 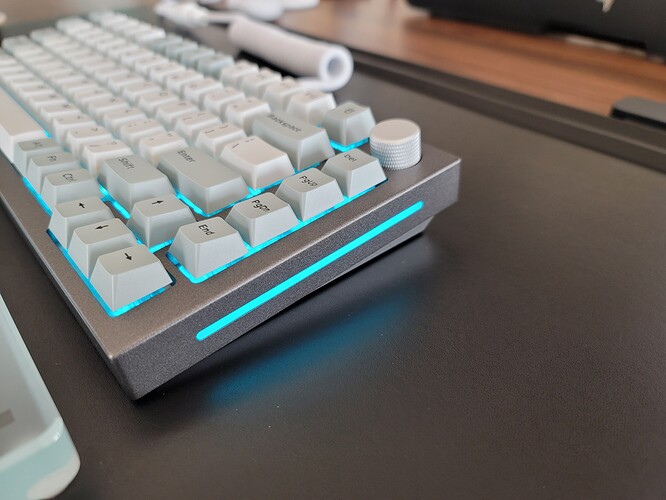 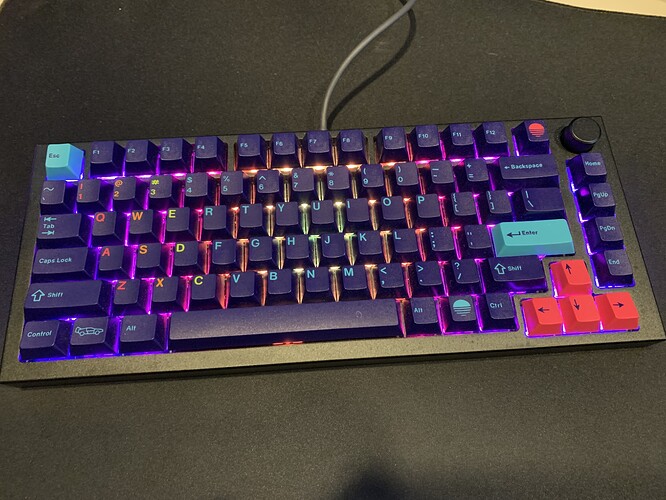 I see you have exquisite taste. 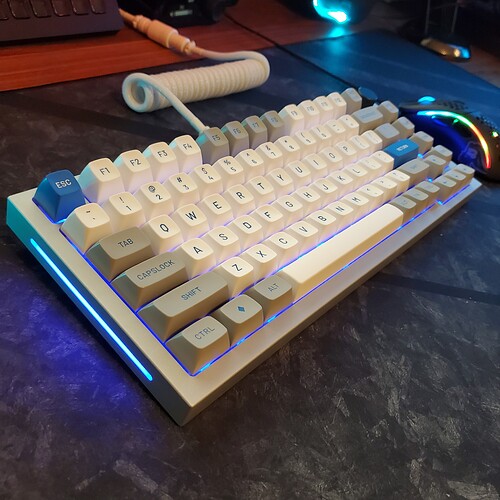 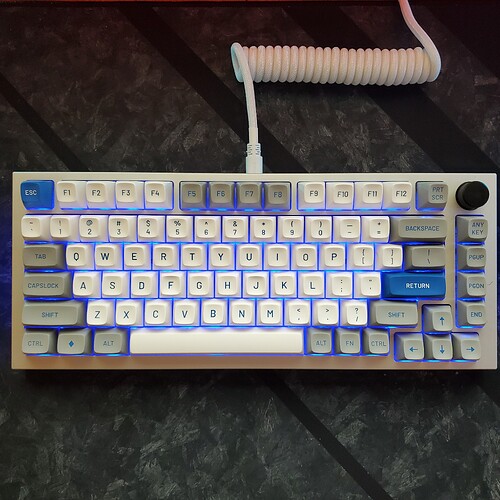 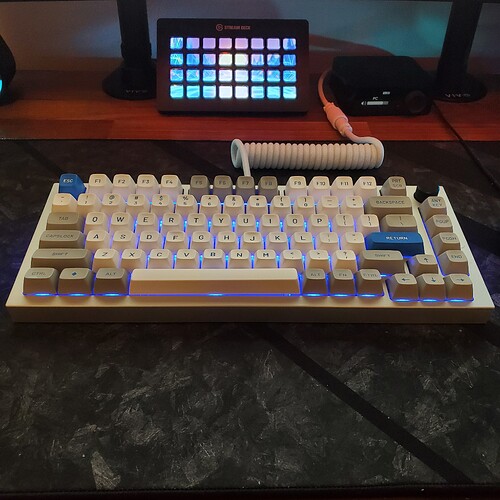 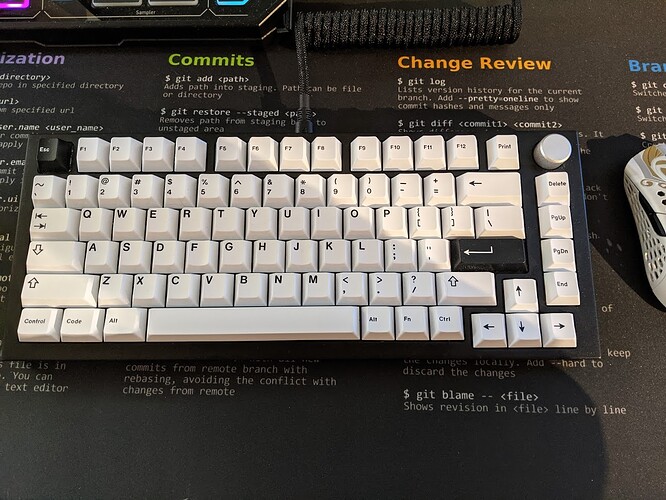 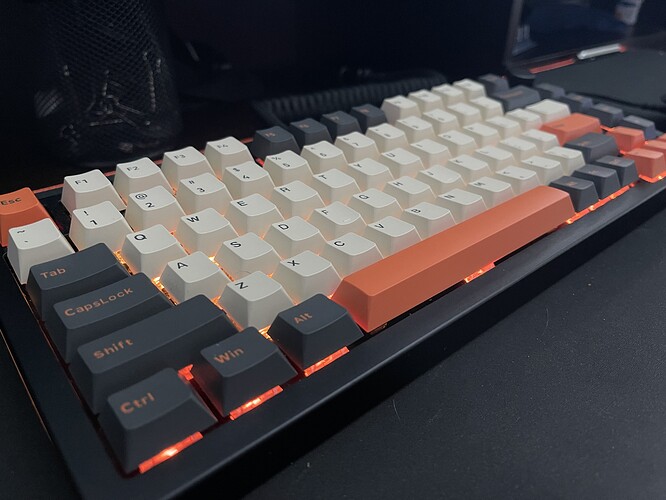 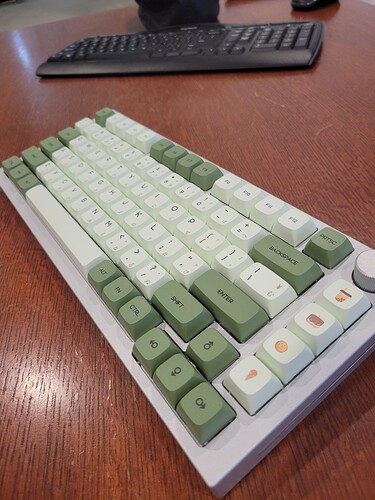 I want to get a new knob, but I couldn’t be happier with the keycaps, they feel great. 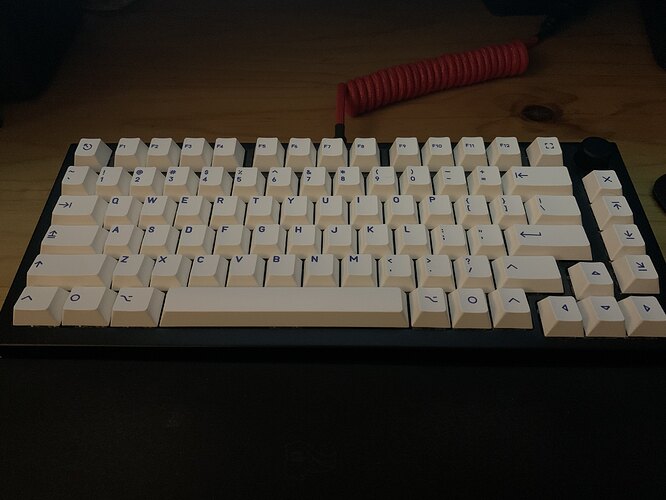 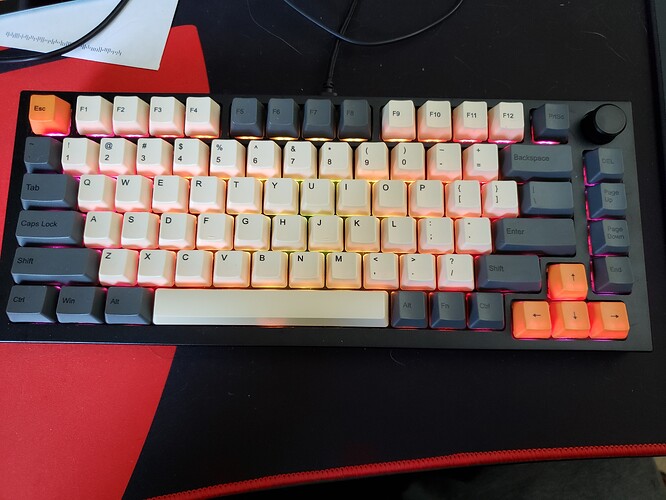 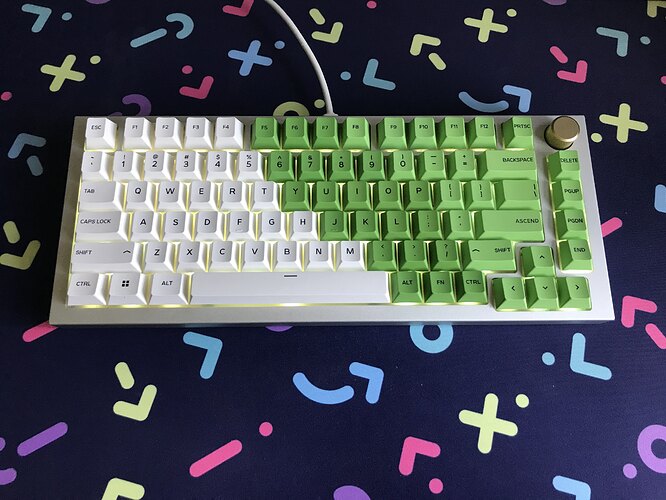 Idk, i was just messing around with the keycaps and I really like this “Sprite” sort of look. 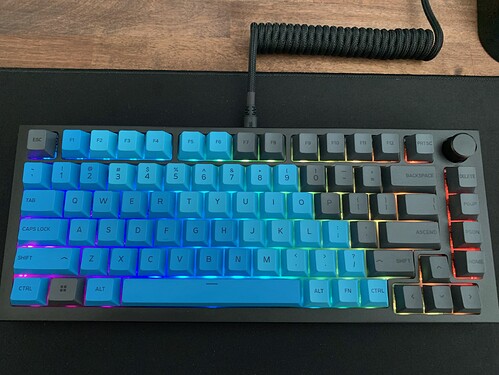 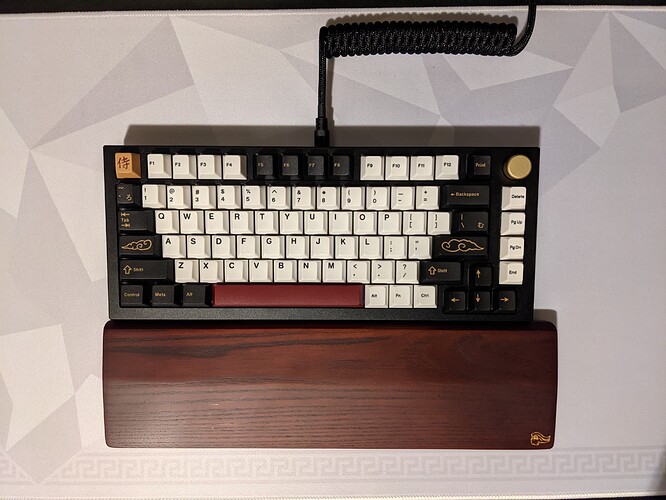 So many great builds here keep them coming!