What games did you grow up on/feel nostalgic about?

I was watching a speedrun of Half Life and thought this would be a good discussion question.

What games do you remember playing lots of back in the day? Anything that gives nostalgia or you feel defines your past counts.

For me, Garry’s Mod was a huge part of my life- it’s what taught me programming before I went to college for it, and Half Life 2 in general was my first real foray into the FPS genre- I know way too much about it!

Lego star wars the complete saga and lego batman the videogame are two that give me a lot of nostalgia, I miss the days of just coming home, booting one of them up, and then playing them for hours with my sister! Can’t go wrong with a lego game

Knights of the Old Republic
Ocarina of Time
Goldeneye 64

Talking about my teenage years then it would be Black Ops 2 and GTA V before heists where it was just about having fun with friends and messing around. From my childhood, the only game that pops into my head is Super Mario Sunshine even though I never completed it, and I watch people stream it and I still have clear memories of levels in the game. 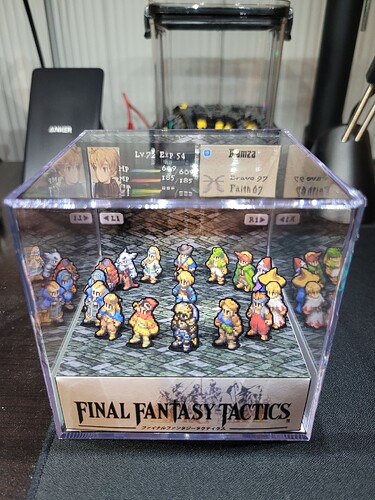 Man, there are too many games I’m nostalgic about. I was born in the late 80s so for me, the SNES/GameBoy thru the N64/PS1/GameBoy Color era (we didn’t have Sega) was my childhood and I grew up on so many games. But I would have to say the games that are overall the most nostalgic for me are:

Doom, Myst, Mario 64, Joe Montana Sportstalk Football, NBA Jam, Command and Conquer, Goldeneye 64, SimCity were the games that I spent the most time with growing up. Thanks for the blast of the past thread!

I’m still a teen, but some of the games I played back when I was younger was Mariokart Wii, a mario and sonic olympic game, and basically the entire EA Sports NHL saga from 2012 to 2018

Edit: how could I forget HITMAN Blood Money? another epic classic

The Spyro Trilogy on PS1.

Old School Runescape before it was Old School and Minecraft. I specifically remember being so excited when squids were added to Minecraft.

I am huge Half Life fan and to this day i play all games once a year, other than that Red Alert 2 and Yuris Revenge expnasion, Super Mario Land (for game boy) Super Mario Land 3 Wario land, Pokemon (first Gen). Warcraft 3 and Frozen Throne, C&C Generals, Counter Strike, Mortal Kombat 3.

Based on what I’m reading I’ve got a few years on many of you so you may need to Google some of these:

I completely forgot the WCW games! I played so much of that in high school with a buddy of mine. Good times

I have the first world of Super Mario Brothers 3 burned into my mind. There are many games that I loved growing up.

Halo is one I played so many times but I still love it even if I was to fire it up today.

As I’ve gotten older the feeling of wonder doesn’t appear as much. But I will say, Breath of the Wild was the first game as an adult that was able to completely recapture that feeling.

I’m not familiar with this one… Does it have something to do with makeup? 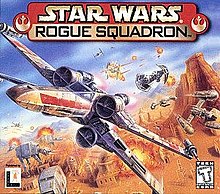 Star Wars: Rogue Squadron[a] is an arcade-style flight action game co-developed by Factor 5 and LucasArts. The first of three games in the Rogue Squadron series, it was published by LucasArts and Nintendo and released for Microsoft Windows and Nintendo 64 in December 1998. The game's story was influenced by the Star Wars: X-wing Rogue Squadron comics and is set in the fictional Star Wars galaxy, taking place primarily between events in the films Star Wars and The Empire Strikes Back. The player...

N64 fighter pilot style game. If you had the $30 expansion pack it ran buttery smooth but was not required.

I got gold medals on all but one mission (snow level but I’m forgetting now). I played that game A LOT.

@LiquidMaverick You missed where I was making fun of your spelling mistake. Rogue vs Rouge…

I was picking up what you were putting down