I upgraded from a gaming headset to a sennheiser 58x. I am currently using a Meizu MasterHIFI (for reference https://www.amazon.com/dp/B08H89VZKQ/ref=cm_sw_r_apan_glt_i_9HVW4QGDQMGME18953DR 7)
in the USB c port on my motherboard to power my 58x and they get pretty loud I usually don’t need to go above 60%.

My question is, if I got something like a E10K, K3, Schiit fulla 4, etec a different Dac/amp around the $100 area would I notice any different in sound quality or would it just be a waste of money compared to what I’m currently running?

I have a schiit Hel and I can tell you it is a night and day difference. It is well worth the upgrade. You will still be able to adjust volume with your keyboard. You will have a volume output to the DAC/amp and then the DAC/amp has its own volume control as well.

I haven’t used the particular one you have, so I can’t speak to whether or not others would be an upgrade over it, but I will say that with a nice pair of headphones, having a properly nice DAC/amp is a great investment. I haven’t used the Fulla 4, but the Fulla 3 was pretty good, just a slight step down from the Hel in terms of sound quality. I think they made strides to improve that with the new ones, though, so unless you need some of the features of the Hel, there’s probably not a lot of reason to upgrade (and even then, the stack from them is probably the better choice if you don’t need the mic in). Going beyond that is where prices start to go up a lot for only marginal improvements in quality, so I wouldn’t bother unless you get really into it and know you want that specific thing.

Regarding the volume controls, technically speaking it is best to run your Windows volume at 100% and control the volume from your amp and some devices will actually disable Windows volume control AFAIK, but it’s really not that big of a deal. The idea has generally been that you lose a bit of dynamic range adjusting the volume digitally, but there’s some debate as to whether or not that’s actually true anymore (and whether or not you’d even notice is also debatable). I use a THX Onyx now and that only has digital volume control and sounds great, so… meh.

So I have the same Headset and use the JDS Atom Dac and Amp combo. Main reason was the separate individual power supplies for each to avoid interference. Now for your question on the difference, I cannot say. Ive never used a dac amp prior. So this is my first setup, what I can say is the 58X without it does not sound as full. If that makes sense. Very hollow without it.

My first DAC/Amp combo was the E7/E9 from Fiio. Now I’m using a Schiit Magni/Modi Stack, and a Scarlett Focusrite 2i2. What kind of mic are you using?

Friend of mine is also recommending the JDS Atom stack over the Schiit stack at this point, but that would run a little over $200 for the stack.

You could always start with the amp now, and add the DAC later, but I’d probably recommend grabbing like the Schiit Fulla first, since it’s both in one. You can always sell that later and upgrade if you want to get further down the audiophile hole!

I had a BehringerUMC22 but it started giving my mic issues. So upgraded to a Roland VT-4 with AT2020 XLR mic.

Ah, sorry. I was asking @ChronicMayhem what kind of mic they were using. If it’s a USB or XLR mic, they don’t really need the mic input on the Schiit Fulla. I still think it’s a good product for around $100

I got the Schiit Hel and it does the job for me and powers my HD58X just fine! I don’t envision I’ll be upgrading anytime soon since I’m not able to tell much of a difference between the types of sounds as well as others.

So I don’t really need the mic input from the Schiit fulla/hel. They just seemed decent for the price range

Ya with the gmmk pro the knob is just really convenient

I’d recommend getting just an amp right now, then upgrading with a DAC later.

“Once you start down the dark path, forever will it dominate your destiny. Consume you, it will.” - Yoda, talking about becoming an audiophile

Speaking as someone who started on this same journey not too terribly long ago, I will say that you will be amazed at how good your PC can sound once you move away from motherboard audio and PC sound cards. My first purchase was the E10K Olympus 2 from FiiO. It did a fine job but the headphones I was using, AKG Q701s, really needed more power. So I upgraded to a Schiit Magni and used the E10K as a DAC only. The Magni really made the headphones come alive. Since then, I have added several more pairs of headphones to my collection and have upgraded my DAC and amp setup to a point where I am quite happy. I will never go back to motherboard audio and a speaker setup again.

Pseudo suggested starting out with an amp, first. I think that’s a good suggestion, as the device you linked seems to have a decent little DAC in it. A separate amp will give you a bigger bang for your buck at the entry level. And, luckily, we live in an age where there are several damn good options in the $100 territory. I’ve also owned the JDS Labs Atom and can vouch for it. Schiit and Topping are two other reputable brands I would recommend. Good luck and happy listening!

I’ve just recently setup a Modi/Vali stack from Schiit. The Nagni is a little less money, but I wanted entry level tube rolling opportunities also. That and the glow is mesmerizing

. I’m using them to drive a pair of HiFiMan HE 400 i cans and it’s amazing. My first foray into open backs, and they were a gift. I’m just blown away, and I’m now looking for some monitors to complete my beginning… Presonus are looking good.

For the money Schiit is great so far.

I’m thinking of getting a Schiit magni, but there is two versions. The magni 3+ and the Magni heresy,

I went with the Vali, as I wanted to have the option to tube roll. All my reading suggested that the Heresy was a great way to go. I don’t think there will be much if any sound difference. I’m definitely not an audiophile though.

This is a thread I fear lurking on. It’s conversations like these that got me into mechanical keyboards. But why deprive myself of knowledge?

I am playing with fire.

@ChronicMayhem here’s a direct comparison of the two for you: 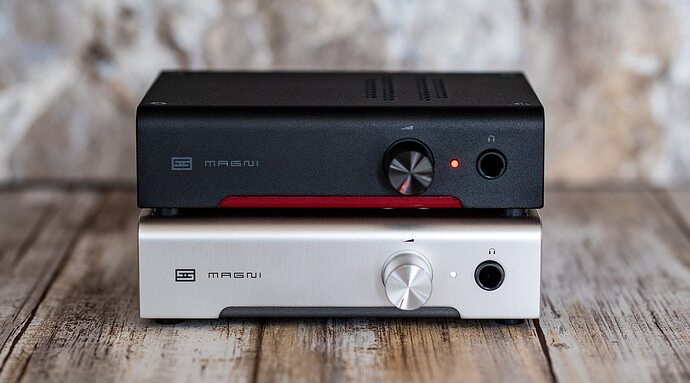 They differ in their fundamentals … specifically how they achieve what they do. Read our Schiit Magni 3+ vs Magni Heresy Amplifiers Review!

To answer your questions, yes , you should notice a difference in sound quality moving up to the Schiit stack you’re considering. Having enough power to get volume out of your headphones is only part of the equation.

With regards to being able to control volume from your computer, most DACs will still allow you to do that, but some don’t (My Topping does but my ifi does not). I’m pretty sure that you can with the Magni/Modi stack but I’m not 100% sure. Schiit product support is pretty good so you should get an answer from them if you contact them directly so you can be sure
info@schiit.com

If you’re looking to go down the HiFi rabbit hole may I suggest the HiFiGuides Forums: 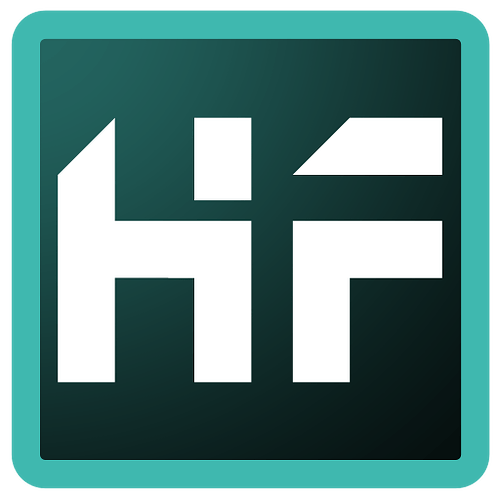 A community for audiophiles!

I’m pretty far down into it at this point, myself. I’m currently running 2 DAC/Amp stacks, Douk U2 Pro DDC feeding a Topping D90 and A90 at home, and an ifi ZEN DAC V2 and Schiit Asgard 3 at work. The Topping stack is also my pre-amp for a pair of Adam Audio T5V’s with T10S subwoofer, the ifi/Schiit stack is running a pair of Mackie CR3-X’s.

Nice collection! I’m currently looking at some studio monitors. Nothing crazy, just something to replace my basic PC speakers, and also allow good enough quality to do some video editing without headphones. Presonus, Mackie and Adam all have products in my range.

I was looking at the Presonus when when shopping for my office speakers. I ended up going with the Mackies for 2 specific reasons:

You’ll probably be happy with any of the three but I absolutely love my T5Vs.