Why are the GSV2's so low compared to my switches?

So I installed GSV2s in my GMMK2 along with 65g Zilent v2 switches. I started installing keycaps and got to the first one with stabs. I put the keycap on and it would stick. I found that the stabs are lower than the switches so when a keycap is installed, it gets stuck in the lower position of the stabs.

What did I do wrong here? 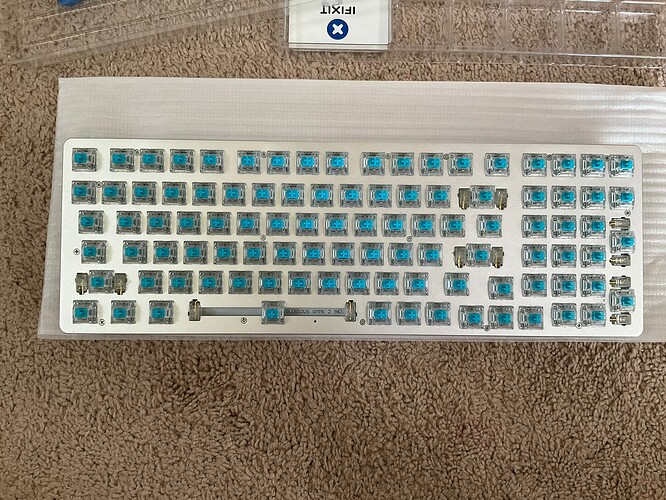 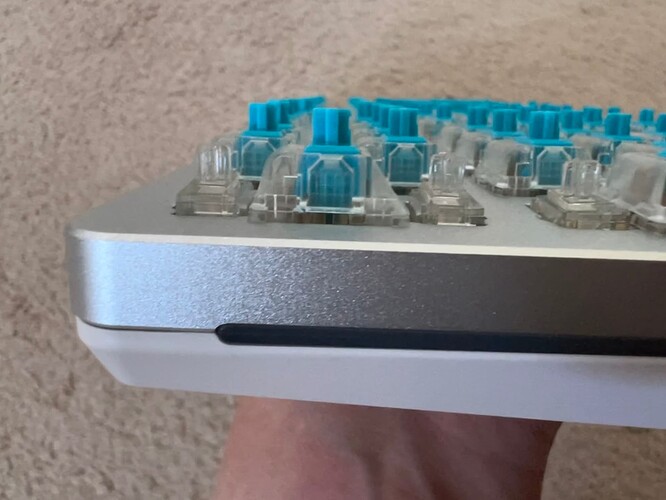 Hmmmm… The way they are now though; when I press any of the keys that have a GSV2 stab, they don’t go back up all the way. I have to grab the keycap and tug it upwards to get the key back up.

Did you lube the stabs? And it so, how much? I found these need a very light coating. First try for me I over did it and needed to wash and start over.

I didn’t lube them.

I just spent the last 45 minutes taking the whole thing apart. Damaged half of the Zilents in the process (those cheap U-shaped switch pullers really suck) so this is becoming an expensive headache.

I didn’t see anything wrong with the GSV2 so I’m not sure at this point. I’ll probably end up returning the GSV2 and the GMMK2.

Just to verify, the the piece of plastic the wire goes in oriented correctly? I don’t want to assume anything, just trying to explore all options.

The stab should move up and down seamlessly if you pull it and it gets close to the height od the top of the switch. If isn’t moving up and down without great effort I’m wondering if that could be the culprit.

Yes it’s oriented properly. I searched for as many GSV2 reviews, articles and videos I could find to make sure I had them assembled correctly and seated in the correct orientation, etc…

And they raise and lower with ease without a keycap on them?

Yeah they look like they move up and down properly.

I’m really sorry to hear that. It sounds like you have all things with the stabs set.

The next idea I would have is to verify the anchors are all the way in. I had this issue prior.

This happened to me when I was testing them I just figured I over lubed them. I actually love those lil metal switch pullers I’ve never had any problems damaging switches.

Yeah only when the keycaps are on. I’ve tried both Glorious Aura v2 and Razer Phantom keycaps.

I’ve had this happen to me before on certain builds. As others have suggested, it could be any number of things. I’ve typically found this to be a tolerance issue, usually with the keycaps, or with something being “overtightened”. Try loosening the screws a touch on the top aluminum plate around the stabs. If that doesn’t work I’ve also found that loosening the screws of the stab itself on the underside of the PCB can help resolve this sticking issue as well.

Keep us posted. I hope you can get your setup resolved. I know that can be super frustrating

I just checked my GMMK Pro with Cherry Clip-ins (GSV2 on the way) and my stabs sit about this low as well. I’m not sure that the “lowness” is the issue. Like @Donny said its possible you need to loosen the screws or make sure they seated flat onto the PCB.

Not much I can add to help your stab situation, but I would like to say that Zeal v2 housings are made of some material that is much more fragile than other switches. Damaged my Zealios v2 using a proper switch puller.

Hey there, did you make sure the small stabilizer arms are in the correct hole of the stabilizer housing? 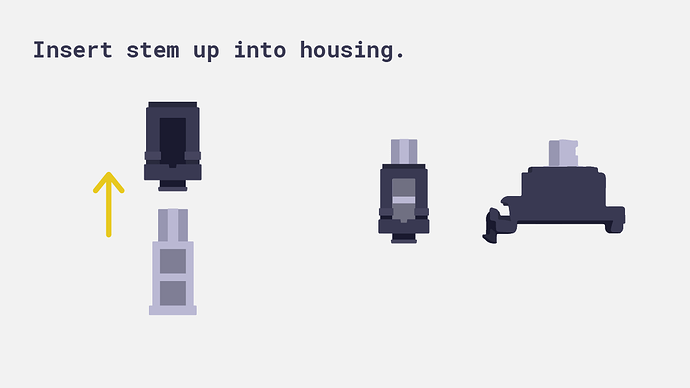 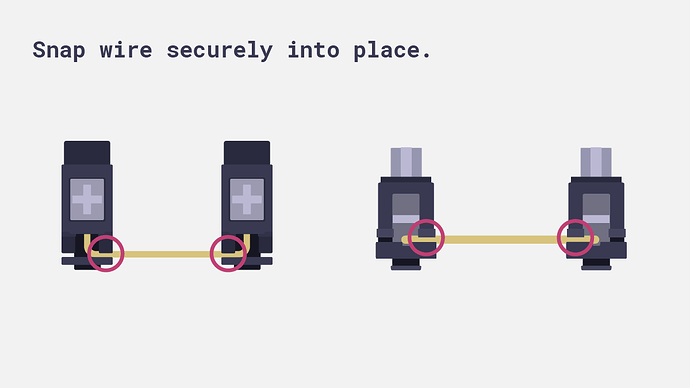 I had a similar issue when I rebuilt my Keychron Q3 recently. The stabs screwed in and everything looked alright, but the keys would stay down when pressed. It turned out the stabs were not mounted properly. The plastic clip which holds the housing onto the board was not flush. Once I reseated them properly, all was well. It could be something worth checking if none of the other suggested remedies have helped.