I played a lot when it first released. Just started my first day of about a week off work. Reinstalled and modded it all up to the teeth! It’s definitely a lot better than release was now, with all the mods and patches. I was lucky anyway, it ran fine for me.

Anyway, stayed up all night till 2 am modding my V lol. Here’s a pic of her in the inventory screen in the starting bar.

Fun times ahead, gonna katana everything to death!

Show me your V! 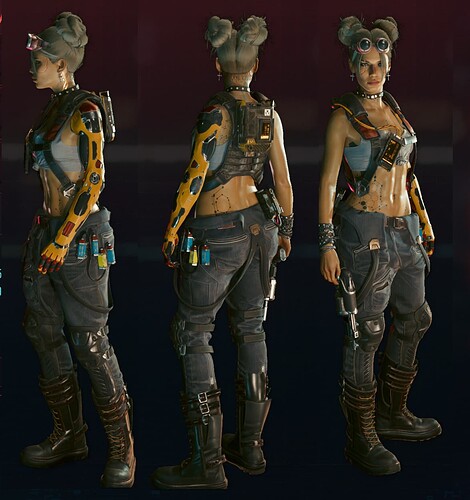 Little Under 300 hours I played all the missions. Haven’t bothered to mod it or even play it after doing so. 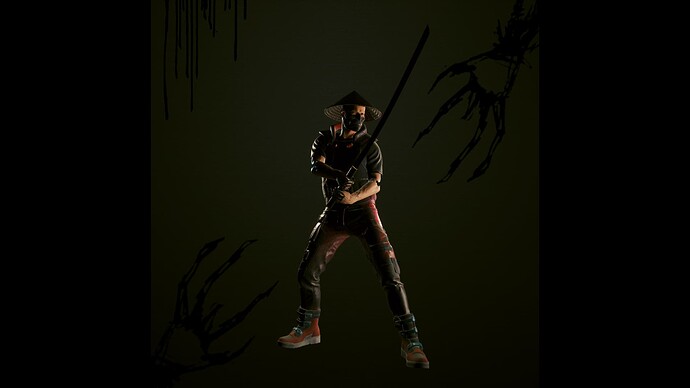 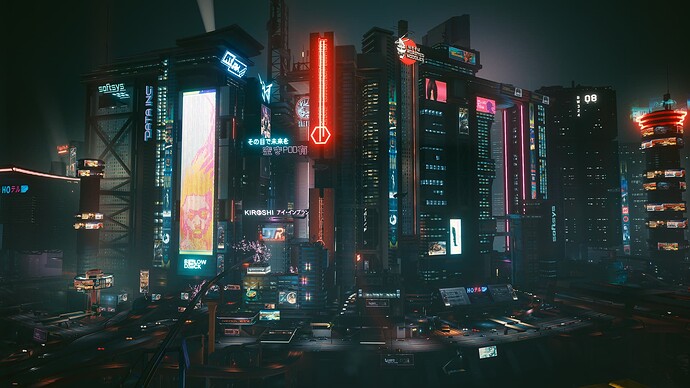 ill have to go update my game and take a picture! its been a while. i played all the missions after release and only had one glitch the whole game!

Yeah, I’ve played it through as well. Did all the endings but didn’t clean up all the quests. Might done everything this time round.

Oh nice! I think the only glitch I’ve had is a floating object. Well that and reshade seems to be causing some crashes. I was trying out someone’s preset yesterday. It’s more colorful, but not sure I like it over the original.

only had one glitch the whole game!

I had one actual game crash and then one extremely amusing glitch. I snuck up and grabbed someone, and it kept playing the grab animation and every time it did it dropped a new copy of the enemy weapon on the floor. Let that run for awhile until the entire ground was guns and the game crashed. Super amusing.

Any mods you recommend? Might give it another go if something makes it worthwhile.

A lot of stuff actually… @xXiceXx

First off there’s the mods that help other mods run and are essential.

After that any mods you want. They will also tell you if you’re missing any necessary mods they need to work when you try to download them.

Stuff I have installed off the top of my head are…

There’s so much stuff. I suggest just starting with the top files of all time filter. Scrolling through that list and see what you like. For me personally, first off I installed all the necessary mods, that help other stuff run. Then went through the top files trying stuff. Then focused on mod for my V lol. If you fall down that rabbit hole, I suggest looking at a modder called Echorra. Just type in “Modular” in the mods search and it will bring up a lot of their stuff.

All of these are on nexusmods btw.

Edit: and Save editor project cybercat. I used that to remove the quest marks on my starting gear, so I could remove them. Then I could use my own gear right from the start of the game.

Here is a new preset I’m trying out for Reshade. Vanilla in first pic. @xXiceXx

I haven’t played in a minute, but I put some time in when it first launched. 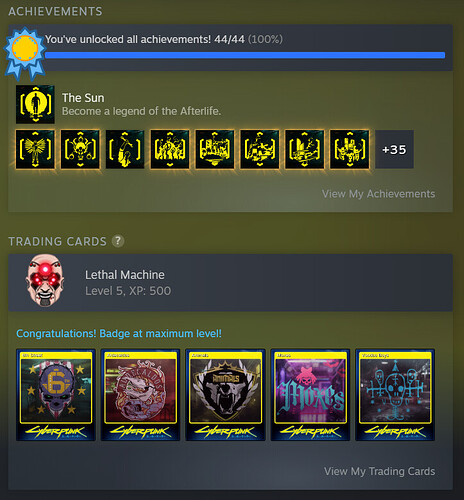 @misoandricegamer Thanks for the recommends ill definitely look into a good chunk of those. The youtube videos I watched had some fairly mediocre ones. Reshade looks nice and bright.

Yeah the reshade is nice, I fixed the crashing. Seems it wasn’t the reshade but something else I was running.

Let me know how you go with what you try out.

I really need to start the game. It has been sitting on my desktop, taking up space

When I get some time off work, that is next for me to play.

There’s an official Cyberpunk 2077 competition going on atm, asking for pics of your V from photo mode. Here’s my entry. Was unable to make a full body shot where I didn’t dislike the lighting. Had to settle for this. 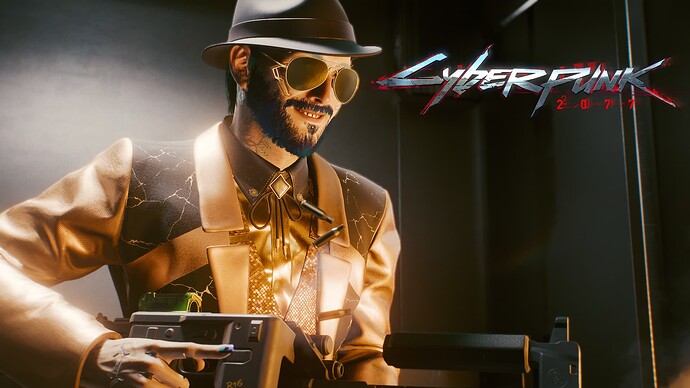 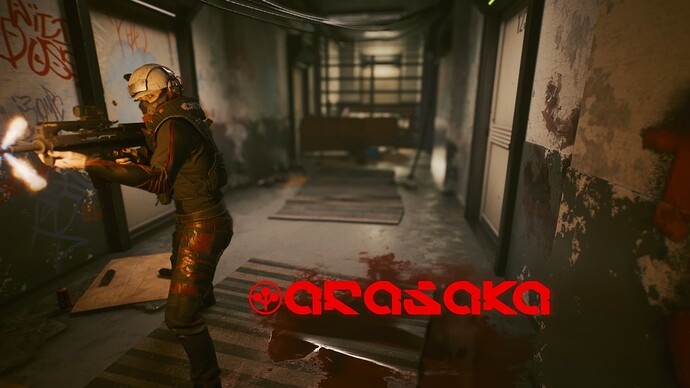 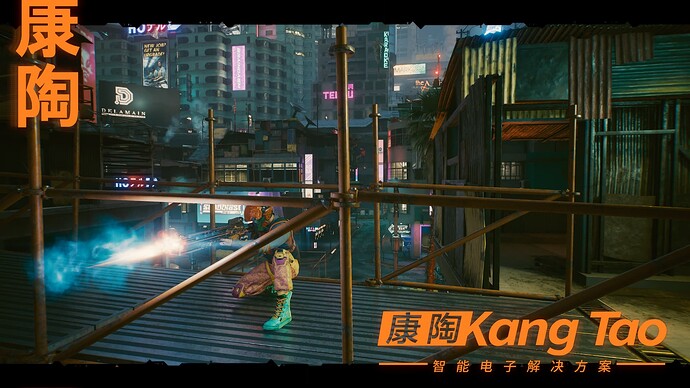 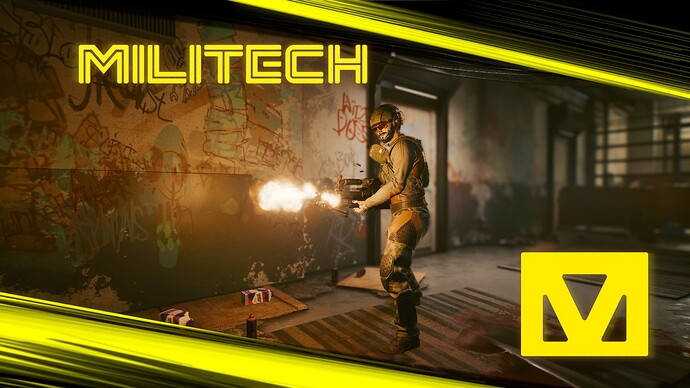 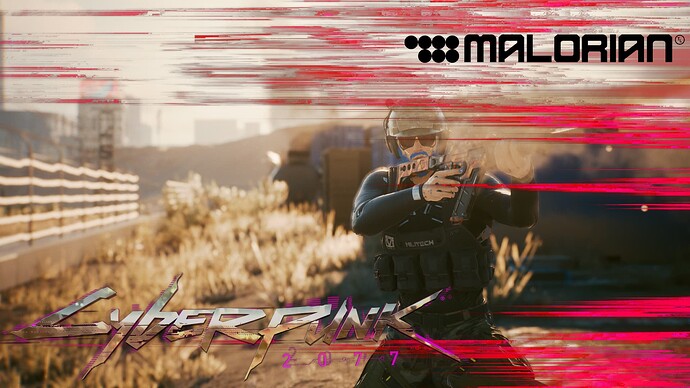 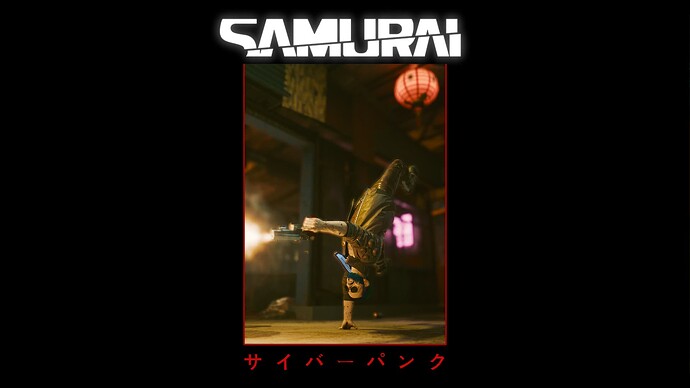 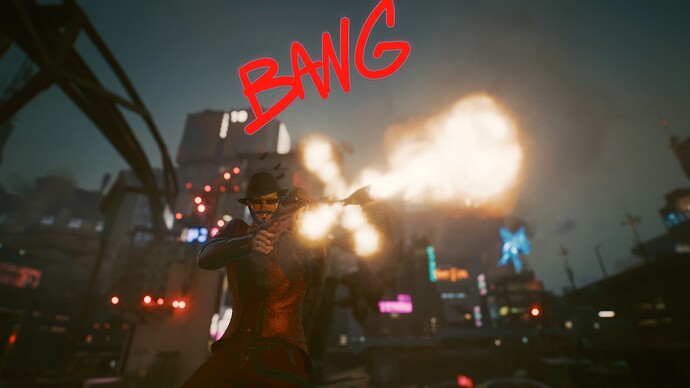